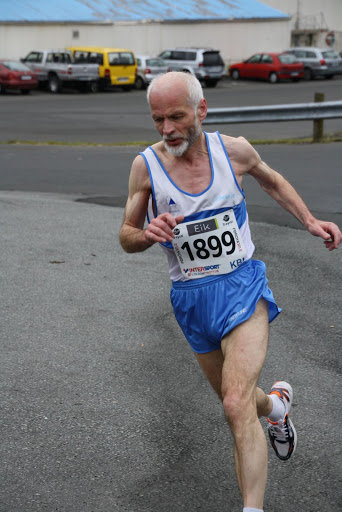 A TALE FROM A FAROESE VETERAN
In the Faroe Islands the summer months are cool and well suited for marathon running. On the 19th July 2003 the starting shot was fired for the first Atlantic Airways Torshavn Marathon. In perfect conditions: calm, partially misty and 13 degrees Celsius about 200 participants set out from the city centre. For the first 5,8 km – a nice lap around the streets of Tórshavn – all the runners ran together. The “Fun” runners turned towards the finish, while the rest, about 60 runners participating in the Marathon and half marathon – evenly split – continued along the coast line to the turning point in Kaldbak.

The half marathon course is quite hard. The course, which is free from traffic, is hilly and has two long hard hills just before the turning point. These hills must be navigated on the way home too. The hills are also part of the marathon course, but the marathon runners continue past the hills to a completely flat stretch of road along the Kaldbak fiord to the turning point in the village Kaldbak. The course is in its entirety a great nature experience.

Tórshavn was in a festive mood on race day. The pedestrian street was filled with people: runners, spectators, family, Samaritans and an army of helpers waiting to be transported to the help stations along the course. Various booths in the pedestrian street provided hot drinks and food for the spectators. A rock band was preparing to provide entertainment while the runners were out on the course. The disco rhythms helped the joint warm up which was done under the keen guidance of a qualified instructor. The mayor came, and after delivering a short speech he fired the starting gun. It was a historic moment for us runners and a great vision to see the many runners young and old start along the course.

As incredible as it may sound all the participants in the marathon completed the course and got a finishers medal. The men’s class was won by Cecil Weihe from Tórshavn in the time 2 hours and 55 minutes. The women’s class was won by Janet Jacobsen from Fuglafjørður. She used 4 hours and 5 minutes to complete the course. As they were the first people to complete the course which is laid out according to AIMS standards they set new course records. The reward was a money prize from the savings bank Føroya Sparikassi. I bet new records will be set this year. The top three finishing males and females got good prizes from Atlantic Airways – international airline tickets.

The evening before the race the participants were gathered in the local sports hall. The race numbers and the t-shirts were handed out. The restaurant hosted a pasta party which served the runners with lots of good solid food. After the race there was a marathon dinner at the Hafnia Hotel. Spirits were high amongst the finishers, who gathered in the lounge. While the guests went to dine the host provided singing and piano music. The evening offered lots of food and drink and speeches. The spirits were high until the early morning. Eventually people retired, and a historic and eventful day drew to a close.

We were happy with the interest the event generated. Most of the runners came from the Faroes, but we also had participants from the other Nordic countries, mostly from Denmark and Iceland. We even had a runner all the way from Mallorca.

The event had not been heavily publicised. As it was the first marathon we wanted to make sure that we could manage the event. But now with the positive response from runners and organisers alike the next step is to make the Atlantic Airways Tórshavn Marathon a truly international event that will draw runners from all over the world. 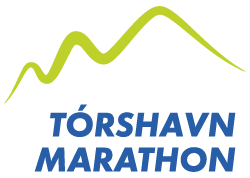